We just returned from Baja with Expedition X Offroad to map some new trail routes. While keeping in the upper third section of Baja fits the allowable time for a group of participants schedule, there is always room for scenic changes. With our last trip to Baja we had route changes to avoid the impending hurricane and unfortunately missed new areas South of San Quintin. 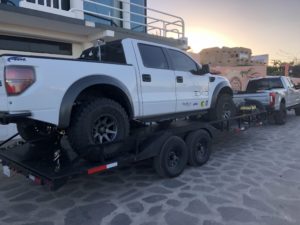 Expedition X Offroad leader Jeremiah Evans brought along his support truck and trailer along with a limited crew of Joe Mesa and Allan Crane, an experienced Baja trail master planner. Along with the EXO crew were myself and Peder Lenvik, an avid adventurer and past Baja explorer, in a second Icon suspension equipped Ford Raptor. 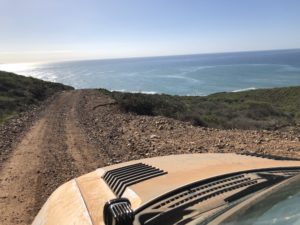 Starting along the coast just South of Ensenada never disappoints with unspoiled views while avoiding a long construction delay along the highway. 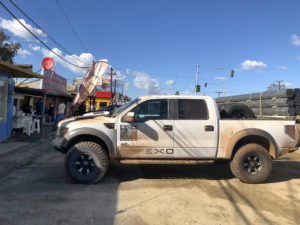 A lunch stop for some roadside tacos is a must in Baja and they have always been some of the best.

Continuing along the red dirt covered sections of the Pacific side of Baja we were able to verify trails were accessible after the hurricane. 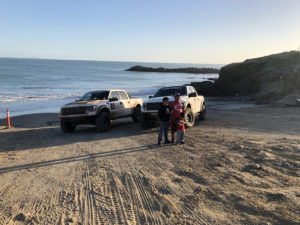 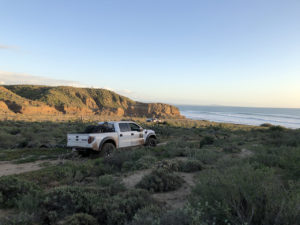 We reached a small point giving us a 270 degree view of the ocean discovering a tiny fishing village where local kids were happy to receive some stickers. We managed to make frequent stops to enjoy the epic views and the escape from bustling city life.

The cloud cover offered a dramatic backdrop to the encroaching sunset. What else could we do but stop to enjoy the panoramic views with no one else in sight. 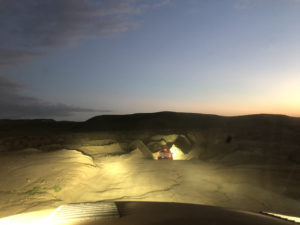 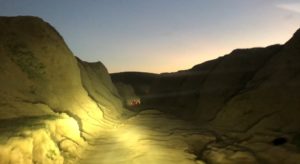 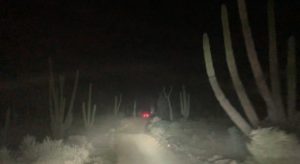 Night time allowed the opportunity to test off road lighting at speed. Under the cover of darkness dramatic scenes appear as lights reflect off deep canyons and giant cactus giving an eerie yet powerfully beautiful experience. While not prepared for video during the prerun the canyon and cactus pictures the views showcase dust and speed at night via iphone video screenshots. 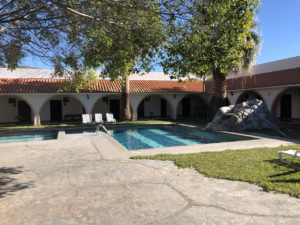 After a late night arrival into Catavina we awoke to a pool filled courtyard with amazing cactus and rock covered hills. As you progress from Pacific side of Baja towards the Sea of Cortez you notice the change in terrain from red dirt and dark ocean to white sands and cactus reaching the teal colored sea. 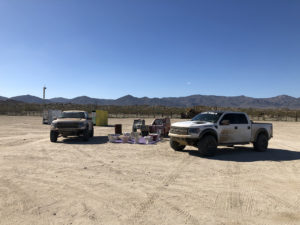 We continued from Catavina towards San Felipe with a stop at Coco's Corner for a couple beers while we enjoyed the picture covered walls displaying years of Baja visitors. 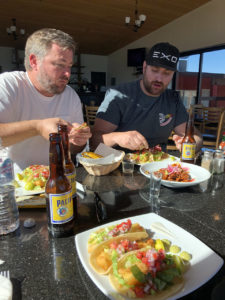 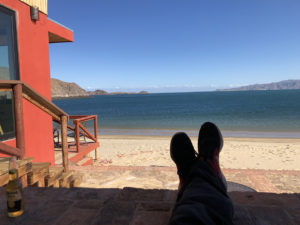 Lunch at Alfonzo's in Gonzaga Bay offered the best fish tacos and ceviche I have ever tasted. After lunch we enjoyed the azure sea views from the patio while enjoying refreshments.

Heading North towards San Felipe we saw the destruction we avoided as we escaped the hurricane last October. Miles of roads and bridges washed away leaving a trail of debris that has to be driven around. Allan had informed us there were 42 washouts from the destruction and I can agree as I lost count while overcome with the sure magnitude I witnessed. 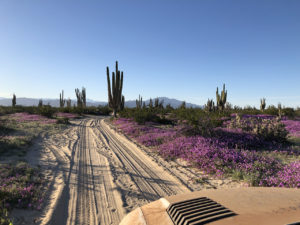 As we began to reach San Felipe we were amazing at the blooming desert landscape and took a visit to the Valley of Giants cactus park. As we reached the end Jeremiah rounded up the wagon in a trail of dust signaling the journey into San Felipe for some Al Pastor tacos on the Malecon.