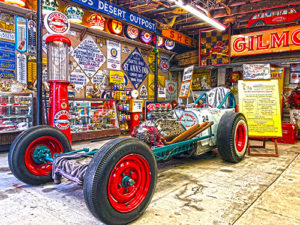 Hidden in a small central coast California town is a private collection of petroliana and automotive history displays acquired over several years. 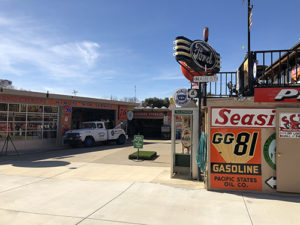 The Mendenhall Museum showcases a collection started over 50 years ago by Jack Mendenhall and later increased by his son Mark. Through the fifties and sixties Jack had owned & operated a Richfield Service Station in Buellton California, which carried the name of Service Town for its gas station, hotel and food stop collection for travelers between Northern and Southern California.

After selling in the seventies he became a traveling salesman for signs and collected along the way.  Per the Medenhall's, the museum has one of the west coasts largest petroliana collections including gasoline pumps, globes, and porcelain gas, oil, & road signs. 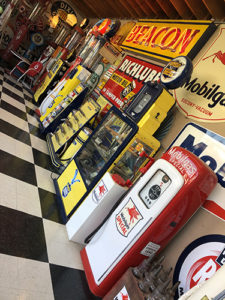 There are also race cars, racing memorabilia, license plates, gas & oil items, and other miscellaneous antiques. While there is an extensive display of items in multiple bays throughout the property I do not wish to share more than a small taste. Pictures cannot do justice as the museum is an over-whelming feast for automotive history buffs and collectors alike.

They will schedule private tours for individuals and clubs. They host special events, such as weddings, birthday parties, class reunions, family reunions, anniversary’s, etc. They also have car and motorcycle club gatherings. Please call (805) 689-2402 to schedule your tour. There is a $15 donation per person for tours. Location is at 24 Zaca St. Buellton CA, 93427. 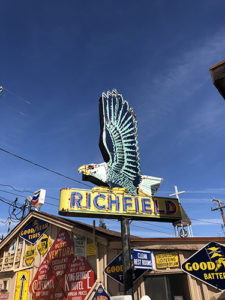 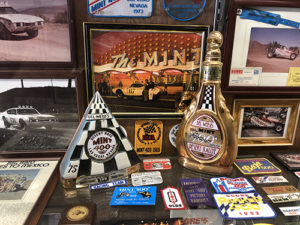